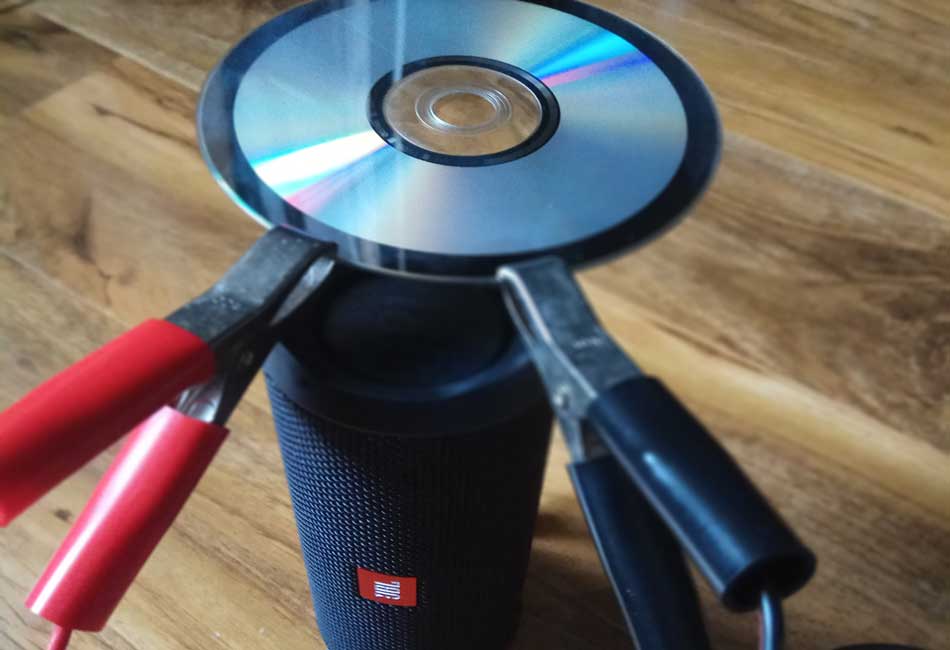 If you’ve ever wondered what it means to “rip a CD” then you’re not alone. This question is asked at least once a month on the various datahoarding forums and subreddits. For some people (like myself) who have been on the datahoarding scene for years, it’s sometimes seen as a silly question but we need to remember that we all had to start our datahoarding journey somewhere.

To put it very simply, “rip a cd” means to copy the digital audio from a compact disc (CD) and to store it as a file. There are various ways to rip a CD, there are numerous different software packages to help with the task and a whole host of means to store the audio. Before we get into the mechanics of all this, let’s explore from where the term “rip” originates.

Where does the word “rip” come from?

Unfortunately, we may never know the true origin of the word “rip” (in the context of ripping a CD) but there are are two popular theories:

I’m sure you’ve heard the term “rip off”, generally meaning to steal something. Some people believe that shortly after the release of CDs in the 1980’s people began discussing ways to “rip off” the music held on them. At the time, people were likely referring to either copying the CD using expensive duplication hardware or simply recording the contents to other media such as cassette tape. In fact, many vehicles only had tape players at the time, with the CD car stereo not becoming popular until a number of years later. “Ripping off” a CD to a cassette tape to play in your car sounds like it could plausibly be responsible for the start of this term’s popularity.

The Amiga was an extremely popular home computer in the ’80s and ’90s, renowned for its audio and graphics capabilities. It didn’t take long for people to look for ways to extract the music and graphics from the games. This was achieved by loading a game into the Amiga’s memory, searching for the audio or graphics, and copying them to disk. This became known in the Amiga scene as “ripping” and it feels quite natural that this language would have carried over to the CD age.

Does ripping a CD damage it?

This may seem an odd question to ask but it’s one that occasionally comes up. Fortunately for us datahoarders the answer is no, ripping a CD does not damage it. I suspect people believe it causes damage purely because of the other meaning of the word rip. To rip something in half or to rip something apart would clearly cause damage to the item so people make the assumption that ripping a CD must cause damage to it too. Of course, when the word is written in uppercase (RIP) it looks like an acronym, possibly for Rest in Peace. To someone reading a sentence such as “Rest in Peace your favourite CD”, you can understand them thinking that ripping a CD had destroyed it.

Generally, when people rip CDs they’ll save the resulting audio track as an MP3 file. This makes the audio file very small (around 10% of its uncompressed size) allowing thousands of tracks to be stored on portable music players, smartphones, etc.

As an aspiring datahoarder however, you should realise that saving audio from a CD in a compressed, lossy, format such as MP3 has some drawbacks. To begin with, the quality of the audio is going to be worse. The lack of quality may not bother you if you’re only casually playing back your music but crucially it makes it impossible to re-create a high-quality CD should you choose to. Back in the day, datahoarders used to rip their CDs to WAV format which is uncompressed and lossless. The downside, of course, is that the WAV files are very large (around 10MBs per minute) meaning that any significant CD collection needed a vast amount of storage. A happy medium, adopted by many datahoarders, is to rip CDs to the FLAC file format. FLAC is a compressed format but like WAV it too is lossless. Ripping to FLAC produces a file around half the size of WAV but with no reduction in quality. It’s also possible to convert from FLAC to WAV if you ever needed to. The only slight downside to FLAC is that the overhead of compressing/decompressing the audio but to be honest, given today’s hardware specs it’s not nearly the issue it used to be.

Which software is best for ripping CDs?

This is a difficult question because it really comes down to individual taste. If you ask three knowledgable people what the best cd ripping software is, you’ll likely get three different answers. Over the years I’ve used dozens of different programs for this task but there are two that really stand out to me:

My favourite (and the free option): Exact Audio Copy (EAC)

In my opinion, EAC is the best free CD ripping software out there today. I’ve used it for years and it’s never failed me. Here are a few features of EAC:

dBpoweramp is also a firm favourite in the ripping/datahoarding community. Unlike EAC, it isn’t free, but it’s relatively inexpensive. It has a few “premium” features that are lacking from EAC so if you’ve got hundreds of CDs to rip it could be worthwhile. Most people who have “upgraded” from EAC to dBpoweramp have done so because of these two features:

If you have a multi-core CPU (99% of people have) then dBpoweramp will use all cores simultaneously to speed up the ripping and encoding jobs. Again, if you’ve only got a handful of CDs to rip, this isn’t a big deal.

PerfectMeta is the name dBpoweramp gives to its metadata online service. Rather than relying on a single service (such as CDDB), it combines information from several services to make sure the metadata is as accurate as possible. At the time of writing, PerfectMeta uses data from GD3, Discogs, SontaDB, Musicbrainz and freedb.

You may be wondering if you can avoid downloading either of these programs and instead just use Windows Media Player for ripping. The answer is yes you can, but I would not recommend it. Windows Media Player can only encode the audio to one of two formats, WMV or MP3 and as we’ve discussed, FLAC is by far the best option. Windows Media Player also lacks the ability to confirm the accuracy of your rips with AccurateRip. This means that you’ll never really know if the rip you did with Media Player is accurate or high-quality. Given that EAC is free there’s really no reason to even consider using WMP to rip your CDs.

Best drives to use for ripping CDs

Back in the day, some of the larger CD drive manufacturers used to advertise that their drives were particularly good at performing DAE. DAE in case you’re unaware stands for “Digital Audio Extraction”, in other words, ripping. That’s right, manufacturers used to boast about their drives CD ripping abilities (albeit avoiding using the word “ripping” for reasons unknown). People interested in ripping would seek out a particular make and model of drive that was well regarded for its DAE performance. Times have changed however and almost all drives on the market today are capable of ripping and most do a pretty good job too.

If you have regular audio CDs, in good condition (no scratches, etc) then any drive on the market should be able to perform a “secure rip”. “Secure Rip” is the term used when a rip has been compared to the AccurateRip database and verified as matching with another user’s rip.

If you have a lot of problematic CDs that you’re struggling to accurately rip then my advice would be to first just try ripping them using a different drive or different computer. If they still fail to rip then you may need to look at buying a drive that has a good reputation at ripping (DAE).

For many years, “Plextor” was the brand of choice for the ripping enthusiast and their models often featured in the top spots of ripping accuracy lists. Each year dBpoweramp publish statistics, showing the best and worse drives for accurate ripping, based on data captured from its software. The 2019 list of the most accurate drives can be found here.

Sadly, Plextor no longer features as highly as it once did but I would reiterate that for most users, any modern drive will likely be more than adequate for CD ripping.

If you’ve made it this far then you should have a pretty good understanding of what it means to “rip a CD”. We’ve spoken about what ripping is and speculated about where the term originates from, We’ve also debunked the myth that ripping a CD damages or even destroys it. Finally, we’ve also described the software and hardware commonly used to perform rips or DAE. Whether you’re just starting out on your datahoarding adventure or simply want to rip a few CDs to listen to on your phone, I hope you found this article on what ripping is useful!