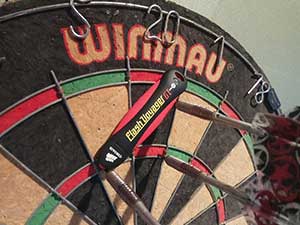 If you’ve been hoarding data for any amount of time, you’ll probably already have a pretty sophisticated backup system in place. I’ve lost data in the past and I can’t stress enough how important it is to backup your data. Whilst a true 3-2-1 backup solution is recommended, if you’re just starting out, however, anything is better than nothing. In the community, you’ll often hear people discouraging the use of USB flash drives as a means of backup. The truth, however, is that USB flash drives are reliable for backups if you take a disciplined approach to using them.

What are flash drives?

Before we talk about using them as part of your backup strategy, let’s take a step back and understand what they are. Flash drives have been around for the past twenty years and offer a quick and easy way to store and retrieve data. Almost any computer with a USB port can make use of them and their popularity has soared. Before flash drives were widely used, people relied on the likes of floppy disks and CD-Rs to share and move their data. Unlike traditional forms of storage, the USB flash drive relies on no moving parts. They contain no magnetic heads, tape readers or optical lasers so in general are usually more reliable when only occasionally used.

The typical flash drive has a USB type A plug, connected to a PCB containing the electronic components to allow it to work, alongside the actual flash memory that holds your data. When initially released in around 2000, the typical size of a flash drive was 16 or 32 megabytes (MB). It’s hard to comprehend but prices have fallen, capacity has increased and it’s now possible to find drives with 512 gigabytes (GB) of capacity. To save you from getting your calculator out, a 512GB flash drive is about 16,000 times larger than a 32MB one.

Like with a lot of items, it depends on how much use they get. If you’re going to write some data to the drive once and put it in the safe, you can be fairly confident it’ll still be fine in a year. To get a more accurate picture, let break this down more scientifically. There are a couple of ways a flash drive can wear out over time:

1) The number of writes performed on the drive.

Depending on the type of flash memory used in the drive, they can be written to between 3000 – 100,000 times. The majority of flash drives are manufactured using MLC (multi-level cell) technology, meaning they can typically be written to, up to 5000 times. Unless you are doing something a bit different with your flash drive (e.g. running an operating system from it), then 5000 writes will probably be sufficient. If you need your drive handle more than 5000 writes then you need to make sure it employes SLC (single-level cell) technology. Flash drives that use SLC technology can handle around 100,000 write cycles.

2) The number of times you insert and remove your flash drive into a USB port.

Something that’s often overlooked is that USB devices are held in place purely by the gripping force between the plug and its receptacle. The tolerances of the USB standard are such that the USB plug is held on all sides by friction from the USB socket. This makes for a convenient connection but means that each time you insert or remove your flash drive, you’re slightly distorting the profile of the plug and socket. The USB standard states that USB type A (i.e. the type used on most flash drives) should be able to be inserted and removed at least 1500 times. This sounds a lot in theory but if you were to connect/disconnect a flash drive 10 times a day (as may be common in an office environment), it would technically wear out in less than six months. This isn’t really a critical failure, however. You would likely notice things getting a bit looser each time, allowing you time to copy the contents from the drive and replace it with a new one. In terms of reliability when using a flash drive as your main backup, if you were to perform a backup of your computer each day, the 1500 connection design would fail after a minimum of around four years. In this case, the physical limitation would cause a problem before the number of write-cycles performed would become an issue.

Advantages of using a flash drive for backup

There are a number of advantages to using a flash drive as a backup device. As mentioned earlier, they’re not ideal but if you don’t wish to invest in a true backup solution they’re fine. Flash drives can be perfectly adequate for backing up your important data and they’re infinitely better than nothing at all. With that said, here are the distinct advantage of using them for backups:

Disadvantages of using a flash drive for backup

The best strategy when using flash drives for backups

As we’ve discussed, the main hurdle to using flash drives for data back up is their reliability. They aren’t terribly unreliable but we need to have a strategy in place to mitigate against their relative lack of reliability. The easiest solution, of course, it to use more of them, and keep multiple copies of your backed up data. This means that if one flash drive fails, it’s not a big deal as you’ve got others. When I was using flash drives to back up one of my systems years ago, I took a very simple approach. I didn’t bother with the 3-2-1 methodology and I didn’t even bother performing differential or incremental backups. Instead, I took only full backups of all my critical data. I initially purchased four drives and took a full backup once a week. This meant after around a month, I had four full copies of my data. I continued this method, at the start of each month, I would buy four new flash drives and perform one full backup a month. After three months, I had twelve full copies of my data. At this point, I stopped buying additional flash drives and began over-writing the oldest ones. My logic was that if I hadn’t noticed any missing or corrupt files in the past three months, then I was probably safe or that files weren’t important. This worked for me based on my workload at the time but it may not necessarily suit you. A more sensible approach may have been to never over-write the first backup of the month, instead, archiving it and buying a new flash drive to use. Which backup strategy you choose to employ isn’t really important. The point I’m trying to drive home is that if you’re only using flash drives for backup, because of their reliability, make sure you have several of them in case one or two suddenly fail. If you were being especially cautious, you may even choose to purchase different makes/models of flash drives to reduce the likelihood of them failing at the same time.

In summary, flash drives are reliable enough to be used as part of your backup strategy. Perhaps they’re not as reliable as some other backup media but this can easily be mitigated against. Just remember to have several copies of your data across several different USB flash drives. In time, I would recommend that you try to adopt a true 3-2-1 backup strategy but if you’re just starting out, flash drives are good enough in terms of reliability.